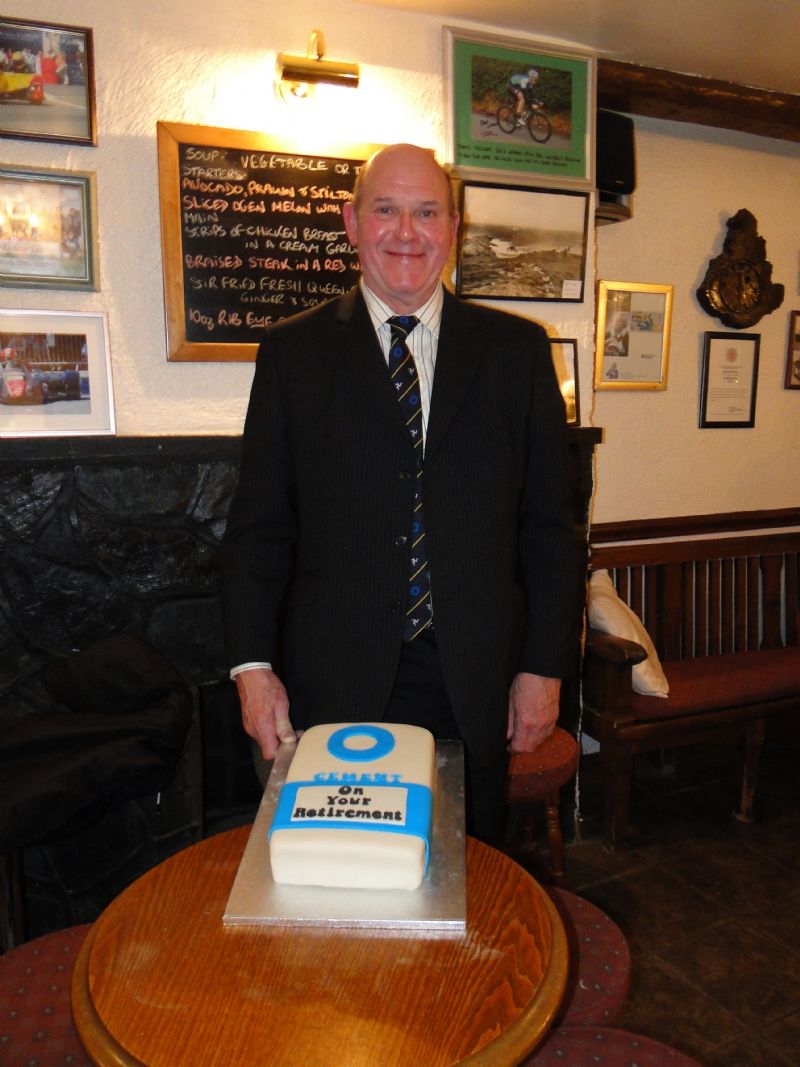 The end of 2014 also marked the end of an era in our businesses as it saw the retirement of John Hitchen our Foreman at Island Cement's Ramsey Silos after 33 years of distinguished service.

John's colleagues gathered for a dinner to mark the event just down the quay from the silos at Ramsey's Harbour Bistro.  Thanking him for his long, dedicated service, Stephen Smyth, General Manager presented John with Steam Packet vouchers and a cake made specially for the occsasion, fittingly in the shape of a bag of cement (see opposite).

John's employment with the company started as a tipper driver with Island Aggregates back in 1981.  He was later to transfer to Island Cement to drive our cement tankers before assuming the position of Foreman at the silos in 2004.  Under his stewardship hundreds of thousands of tonnes of cement, arguably the lifeblood of the IOM construction industry, were imported and passed through the silos.  Throughout, John oversaw the operation with dedication, professionalism and his characteristic humour!

Reiterating the sentiments of the night, we wish John a very long, healthy and happy retirement.