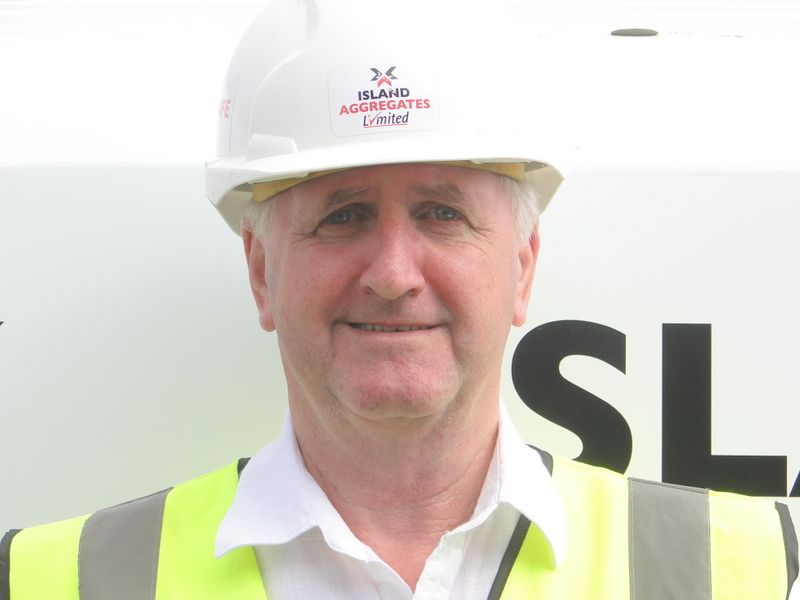 The end of 2015 also marked the end of an era at Island Aggregates Limited as Ronnie Corkish hung up his hard hat for the last time and embarked on a well earned retirement.

No-one has been more deserving of the title 'Mr Island Aggregates' down the years than Ronnie. His two periods of service with the company total an amazing 42 years, he passed the milestone of 30 years in his current spell earlier this month (December 2015).

Ronnie served the company with distinction in all his roles, whether as a HGV Driver, our Depot Supervisor at Santon plant or in his most recent role as our Sales & Customer Liaison Representative.  His passion for the company, the construction industry and the Isle of Man has been there for all to see,  the same passion he demanded of his colleagues down the years.

We'll all miss Ronnie greatly, but thank him for his many years service and wish him a long and happy retirement!